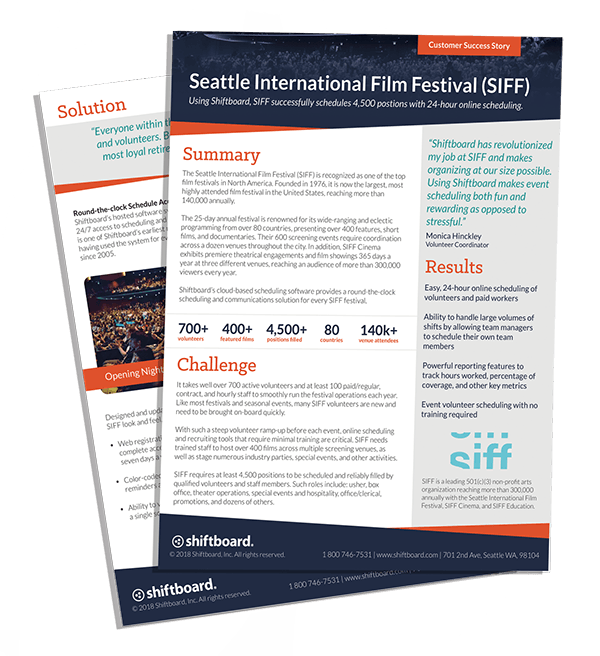 The Seattle International Film Festival (SIFF), a 25-day annual festival with 600 screening events requires coordination across a dozen venues throughout the city. In addition, SIFF Cinema exhibits premiere theatrical engagements and film showings 365 days a year at three different venues, reaching an audience of more than 300,000 viewers every year. Using Shiftboard SIFF has been able to successfully schedule 4,500 positions each year.

Download the full case study and learn how SIFF was able to achieve:

Get the Case Study

Trusted By The World’s Most Recognized Brands