Meet Ian, the Shiftboard Alum Who’s Sailing Around the Globe 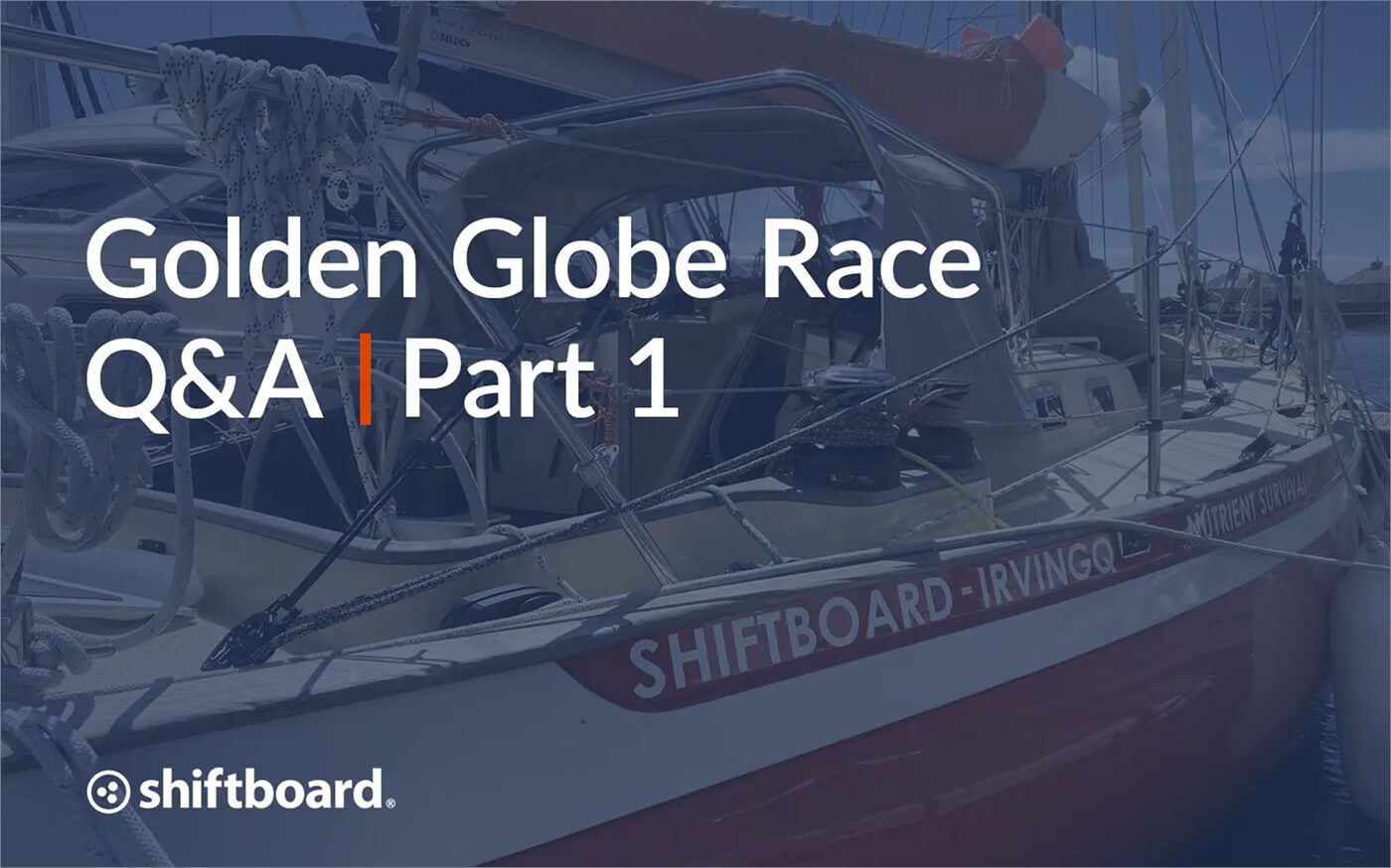 In April of 2022, Shiftboard announced its sponsorship of Ian Herbert-Jones in the 2022 Golden Globe Race (GGR). A British amateur adventure sailor and former Shiftboard employee, Ian will embark on the solo, non-stop race around the world on September 4, from Les Sables-d’Olonne, France. Gina Brodie, Shiftboard’s director of marketing, recently interviewed Ian from his home in the UK to get a little more insight into the race, why Ian entered it, and how he’s preparing for this incredible adventure.

Here’s the first of our five-part Q&A blog series from that interview.

Gina: Hi Ian! Just on its face, 30,000 miles non-stop around the globe sounds like a grueling undertaking. I believe you estimated it would take close to 260 days at sea, which on its own is a difficult goal. But there’s more complexity to this, right? Can you tell us a little bit about that?

Ian: The race is unusual in that it’s what they call a “retro race.” So yes, we’re sailing around the world solo and nonstop, but we’re also not going to use most of the modern technology that we’ve all gotten used to. In this case, that means there’s no GPS, no satellite navigation, and no apps. So no rooting software, no digital charts, etc. It really harkens back to a classic age of sailing, which wasn’t so long ago in real terms. Essentially, we’ll be sailing around the world with the same technology as the first person to do so back in 1969.

Gina: You also participated in the famous Clipper Round the World Race in 2008. In one of your videos, you said [the Clipper Race] was life-changing. How did that race impact your decision to do the Golden Globe Race?

Ian: “Life-changing?” I don’t know. Lots of things are life-changing, like getting married and having my children, but I think what the Clipper does is that it reminds you that you can achieve extraordinary things. Everyone’s an ordinary person that goes off and does an extraordinary thing. For me, it planted a seed that has taken a long time to germinate, but it’s a seed that set me on the path to doing a very similar thing but doing it alone, to a more extreme level. In the sense that the Clipper is the reason that I’m doing the Golden Globe, yes, it has changed my life. And so far, just preparing for the Golden Globe Race has been life-changing again.

Gina: Well, that’s a great segue into my next question because I know you’ve been preparing for many months already. Almost two years, in some ways. What’s been going on, and why does it take so long to prepare for this adventure?

Ian: That’s an interesting question because, on the surface, it doesn’t add up, you know? How long can that possibly take? But it’s quite similar to an Olympic campaign. You can imagine that an Olympic athlete decides they’re going to take part in the next Olympics, probably four years out, and then they train. This sailing race also runs every four years. So literally, the chances are that you’ve got a four-year horizon from the moment you come in and sign up. For different people, that’s used in different ways. I was still working full-time when I entered, so I’ve got a full-time life and a family and so on. Some people are professional skippers, so for them, that work side of it, if you like, is covered. But everybody has the challenge of preparing a boat.

Ian: You can’t go to a showroom and buy a boat to do the GGR. It’s not possible. They don’t exist. So, you’ve literally got to go and buy a boat, and then you’ve got to rebuild that machine so that it’s fit for the ultimate sailing rally. It’s a bit like going out and buying an old beat-up car and then making it ready for Formula 1. Doing that all in your spare time whilst you’re still running a day job takes an enormous amount of time. And then there are personal preparations — everybody’s at a different stage when they start that journey. Part of this challenge is that I’d never sailed solo before signing up for this. So just to be clear, I am completely unqualified for doing this, and that’s partly why it’s an audacious challenge. It’s not only a question of whether I can sail solo but am I happy doing it — am I comfortable? That’s been part of the journey as well.