Exploring the Depths of Human Experience

“Thomas, Owen, boys I love you. Happy Birthday! Have a great day, have a great week, have a great year.”
…
“I’m looking forward to the Hobart Gate now. I’m, what, maybe 700 miles away?”

Ian is passing through the Cape of Good Hope this week! Here’s a shot of Puffin from the Cape Town photo gate. This is the halfway mark in terms of photo gates. Stay tuned for his weekly satellite calls, as the next time we’ll see Ian is at the photo gate in Storm Bay, Australia! Good luck to all the clippers still in the race as they enter the southern Indian Ocean and face the strong winds of the roaring forties. 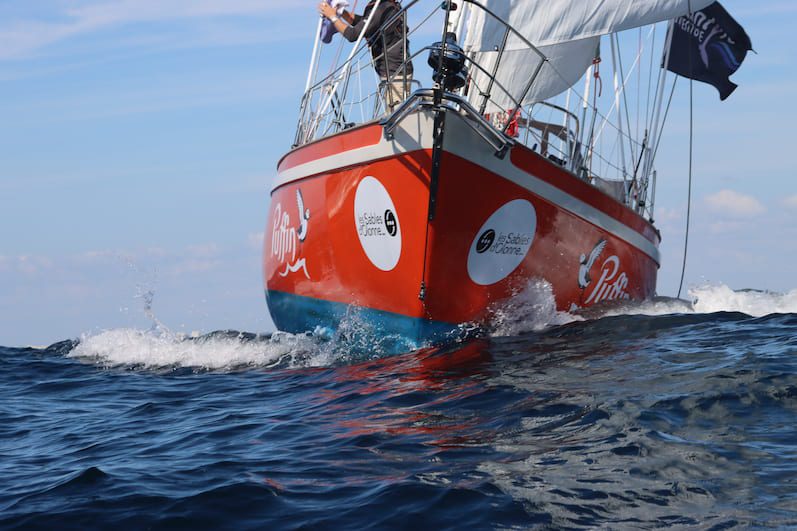 “I’m making my porridge this morning, and I was thinking about Starbucks of all things, as you do, and it made me think about Seattle and my friends over there. Love to everybody in Seattle, at Shiftboard.” We’re cheering you on, Ian!

“The wind situation is terrible, but Ian and Puffin are OK, over.” 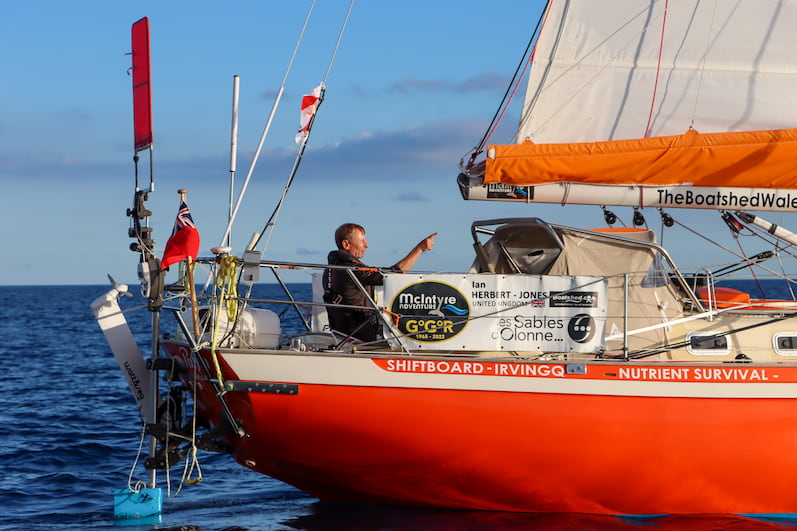 Today is launch day! Please join us in a warm Shiftboard send-off as we wish Ian good luck and smooth sailing in this amazing endeavor. 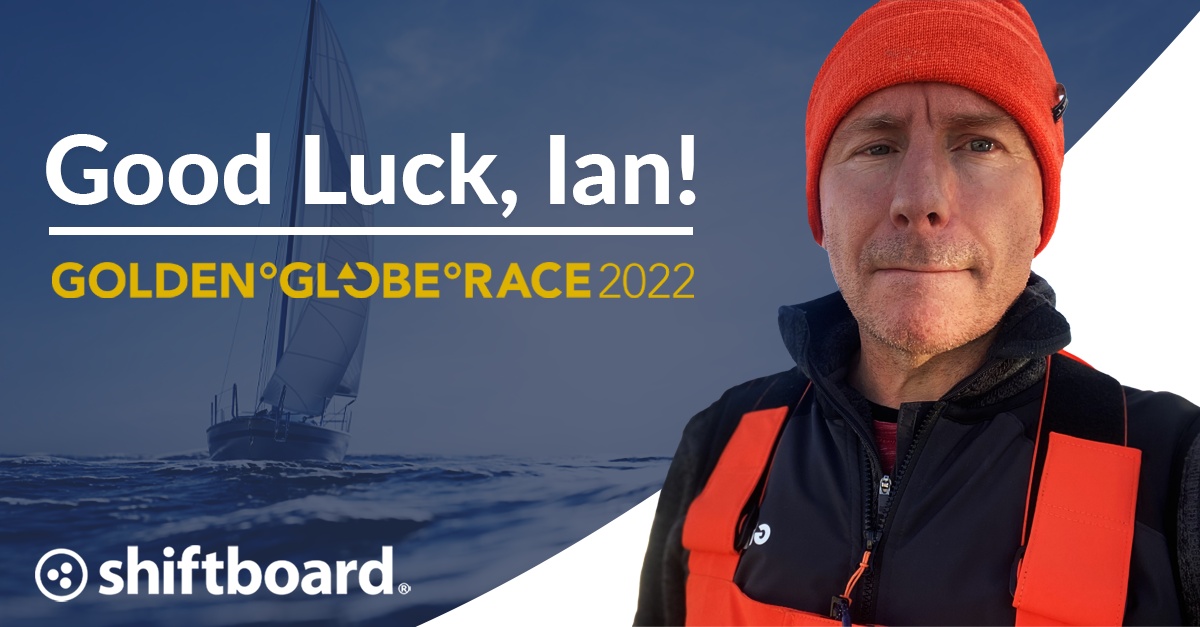 Check in with Ian! Learn more about Ian’s preparations for life at sea and the challenges he anticipates as a solo sailor.

Check in with Ian! Discover how he is planning for life at sea living on his 35-foot boat, Puffin.

Check in with Ian! From celestial navigation to sail training, discover how Ian is gearing up for the 2022 Golden Globe Race. Here we chat about Ian’s training for this amazing event.

We recently interviewed Ian about his preparations for the Golden Globe Race and will share snippets of our conversation with him throughout the summer. Here we chat with Ian about the unique aspects of this race and what motivated him to take on the challenge.

In the months leading up to his 9-month voyage at sea, Shiftboard will occasionally check in with Ian to learn what he’s planning for provisions or how he’s preparing for the loneliness or lack of sleep. If you’ve ever wondered about solo adventure sailing and what it takes to do it, here’s your chance to learn.

Once the race gets underway, we won’t have direct access to Ian anymore, however; we’ll continue to update this page with the stories Ian shares with the GGR team as he sails his way around the world. 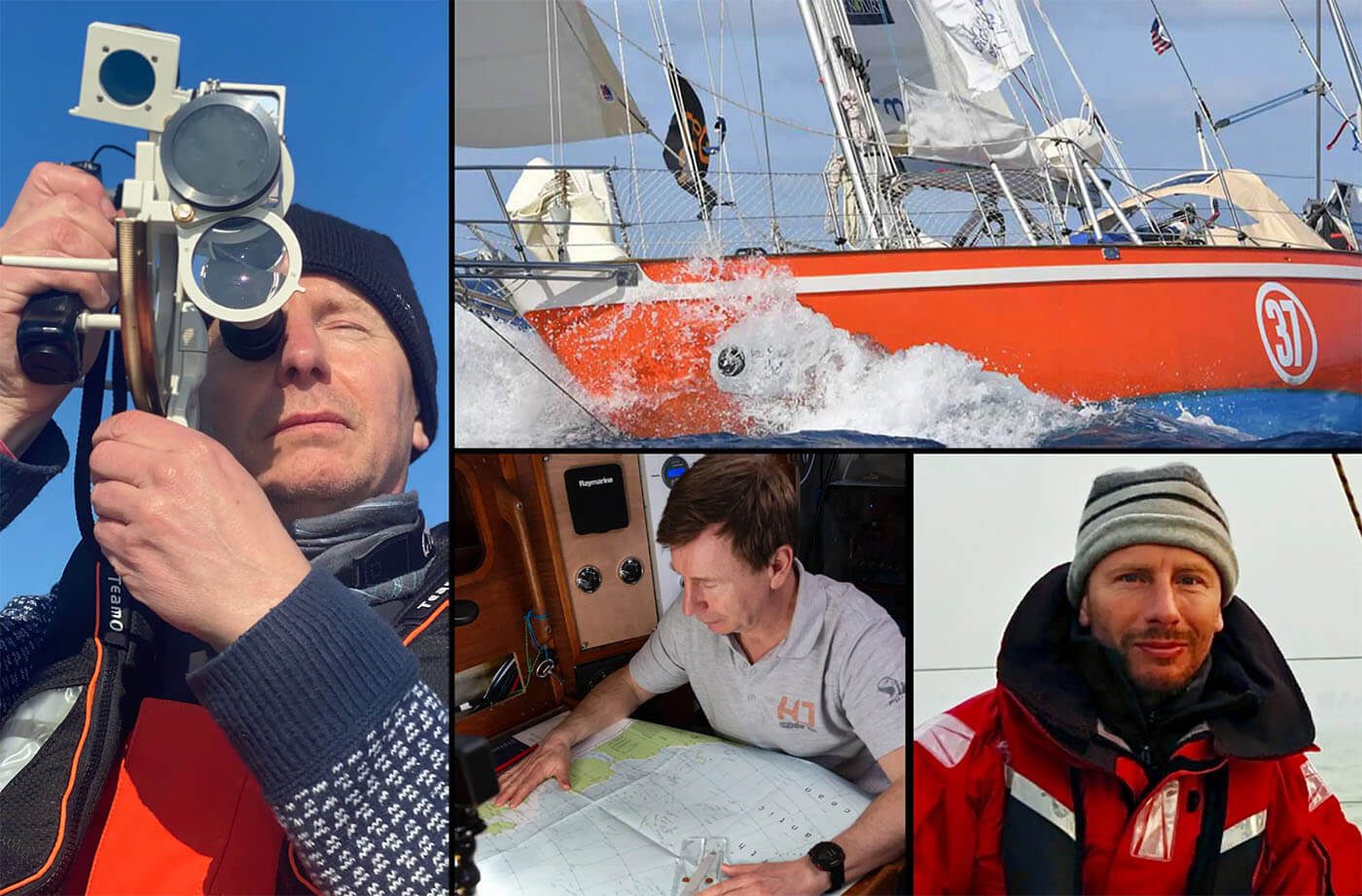 An Epic Adventure of Endurance

Shiftboard is proud to announce its sponsorship of former employee Ian Herbert-Jones and the 2022 Golden Globe Race.

The Golden Globe Race (GGR) entails sailing solo, non-stop, around the world. The participating sailors attempt this circumnavigation with only the equipment available in the 60’s when the race was initially created — that means no modern navigation electronics on board! They’ll be covering 30,000 miles over the course of 200+ days using celestial navigation.

Considered the longest sporting event in the world, GGR is a powerful exploration into the depths of human endurance, creativity, and courage.

We are delighted to support Ian and his passion for sailing, but we’re also honored to support his entry into a race that champions tenacity, integrity, and truth — some of the same values that drive our work as an organization. We’re very proud of Ian for taking on this endeavor, and we’ll be eagerly marking his progress every mile of this incredible journey.

While the race officially classifies Ian as an “amateur adventure sailor,” he is highly experienced at sea. Ian has logged over 40,000 sailing miles in the last 25 years, and in 2008 he completed the famous Clipper Round-the-World Yacht Race. Ian currently lives in the UK with his wife and three teenage children.

When Ian officially entered the GGR last year, he served as chief revenue officer at Shiftboard. But as preparations for the race gained momentum, he asked to transition his full-time role at Shiftboard to a more flexible, advisory position.

“Shiftboard’s support has been essential to fulfilling this dream, and it says a lot about the company and its values,” acknowledged Herbert-Jones. “I was fortunate to work for an employer who recognized, respected, and supported me as an individual — which includes my aspirations outside of work.”

Ian’s epic adventure gets underway on September 4, 2022. Starting in Les Sables d’Olonne, a seaside town in Western France, 24 skippers of 12 different nationalities will embark on a 200+ day voyage around the globe. 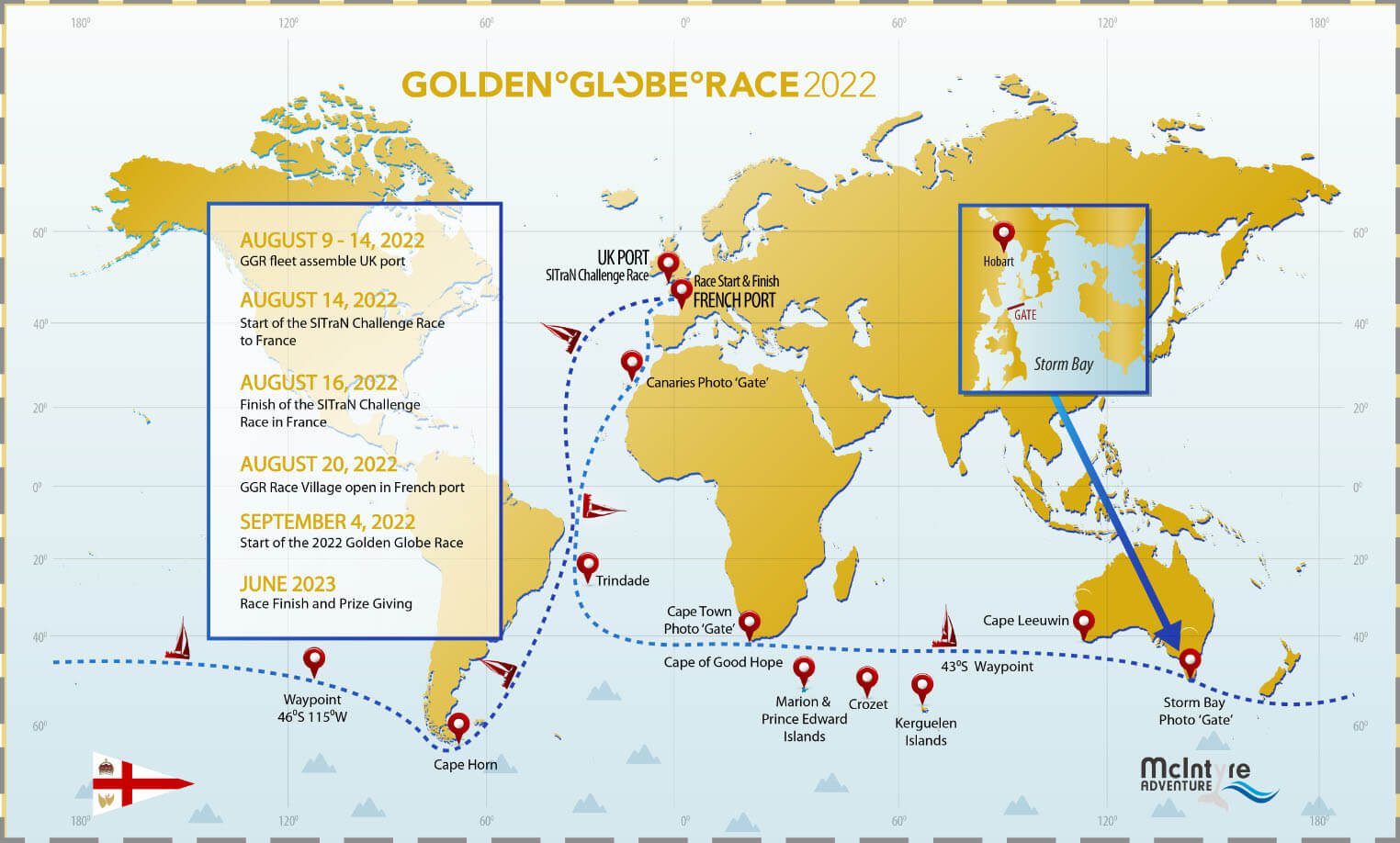 The route will head south and maintain an eastward trajectory following along the five Great Capes before racing up the Atlantic to the finish line back in France. Four rendezvous gates are planned along the way: Lanzarote, Spain; Cape Town, South Africa; Hobart, Australia; and Punta del Este, Uruguay. These gates will allow Ian to hand off recorded videos and photos without docking or contacting anyone. In this way, he can share updates about his incredible adventure, and we can keep track of his latest stories.

Keep Up with the Race